The 802.3ae working group has specified various 10GbE interfaces for multimode fiber, single- mode fiber, STP cable and twinaxial cable. Examples include 10GBase- SR, 10GBase-LR, 10GBase- ER, 10GBase-T and 10GBase-LX4. In contrast, the 802.3ak working group approach refers to 10 Gbps transmission over short distances over STP cables, which is expressed in the 10GbE interface10GBase-CX4. And the 802.3aq working group has focused on medium distances up to 300 m, which can be bridged with multimode fibers. The interface 10GBase-LRM, which stands for Long Reach Multimedia, originates from them. And then there is the backplane activity, standardized by the 802.3ap working group, which uses traces on the backplane PCB for HS transmission. It has standardized the 10 Gbit/s interfaces 10GBase-KR and 10GBase-KX4.

A disadvantage is that power transmission using Power over Ethernet( PoE) cannot be implemented via the 10GbE interface.

10 Gigabit Ethernet supports only full- duplex connections; half-duplex and CSMA/ CD are not supported. The 10GbE layer model has a data rate of 10 Gbit/s at the MAC interface, and efficient block coding was chosen as the coding method, requiring only two additional bits for a 64-bit data block. In addition to 64B66B coding, 8B10B coding is also used. In the universal approach of 802.3ae, the Physical Medium Dependent( PMD) is designed so that 10GbE can be deployed in local area networks and wide area networks and use the same optical transceiver modules. 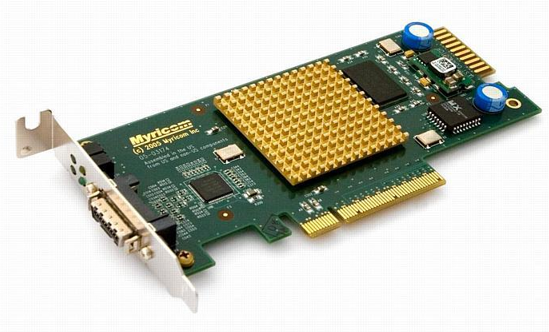 As far as data centers and Data Center Ethernet( DCE) are concerned, there are solutions for STP cables and, with backplane Ethernet, a 10 Gbps technology at rack level.